CANADIAN ROCKIES & ALASKA WITH THE QUEEN

For June 2023, indulge in a one-time special holiday that combines in one stylish and relaxed journey two places on everyone's bucket list: Alaska's Inside Passage including stunning Glacier Bay and the majestic Canadian Rockies, both at the perfect time of the year.

The FLAVORS OF AMERICA 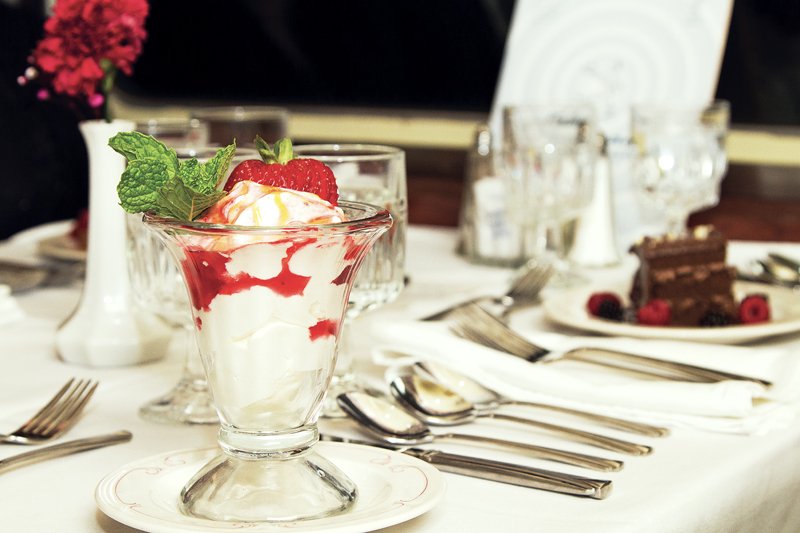 An area Uncommon Journeys has always excelled in is in offering uncommon dining experiences that are exceptional. Some recent examples include lunch at 21 in New York City before boarding the liner Queen Mary 2 for a Fall cruise to Quebec or brunch in the Lanai Room at the storied Royal Hawaiian Hotel in Honolulu. Other great venues often utilized include Trader Vic’s, Brennan’s in New Orleans, Lawry’s the Prime Rib in Chicago and the El Tovar Hotel on the South Rim of the Grand Canyon to name just a few. We pay extra attention to dining with well-chosen restaurants that are a cut above what normal tour companies provide. Often, you may dine when you like, rather than as a group. Whenever we dine as a group, there is a choice of main course items, tax and tip are included as are coffee, tea, soft drinks and bottled water so that you are not constantly shelling out money.

As we write this, as an example of the culinary delights awaiting on upcoming programs, two new ones will include afternoon tea at the splendid Ritz-Carlton in Montreal and lunch in the grand dining room at the Awahnee Hotel in Yosemite. We invite you to join us.

SIGN UP NOW TO LEARN ABOUT OUR STAYS AT SOME OF THE MOST FABLED HOTELS IN AMERICA, LIKE THE BILTMORE IN LOS ANGELES, THE DRAKE HOTEL IN CHICAGO AND THE STANFORD COURT IN SAN FRANCISCO, TO NAME JUST A FEW